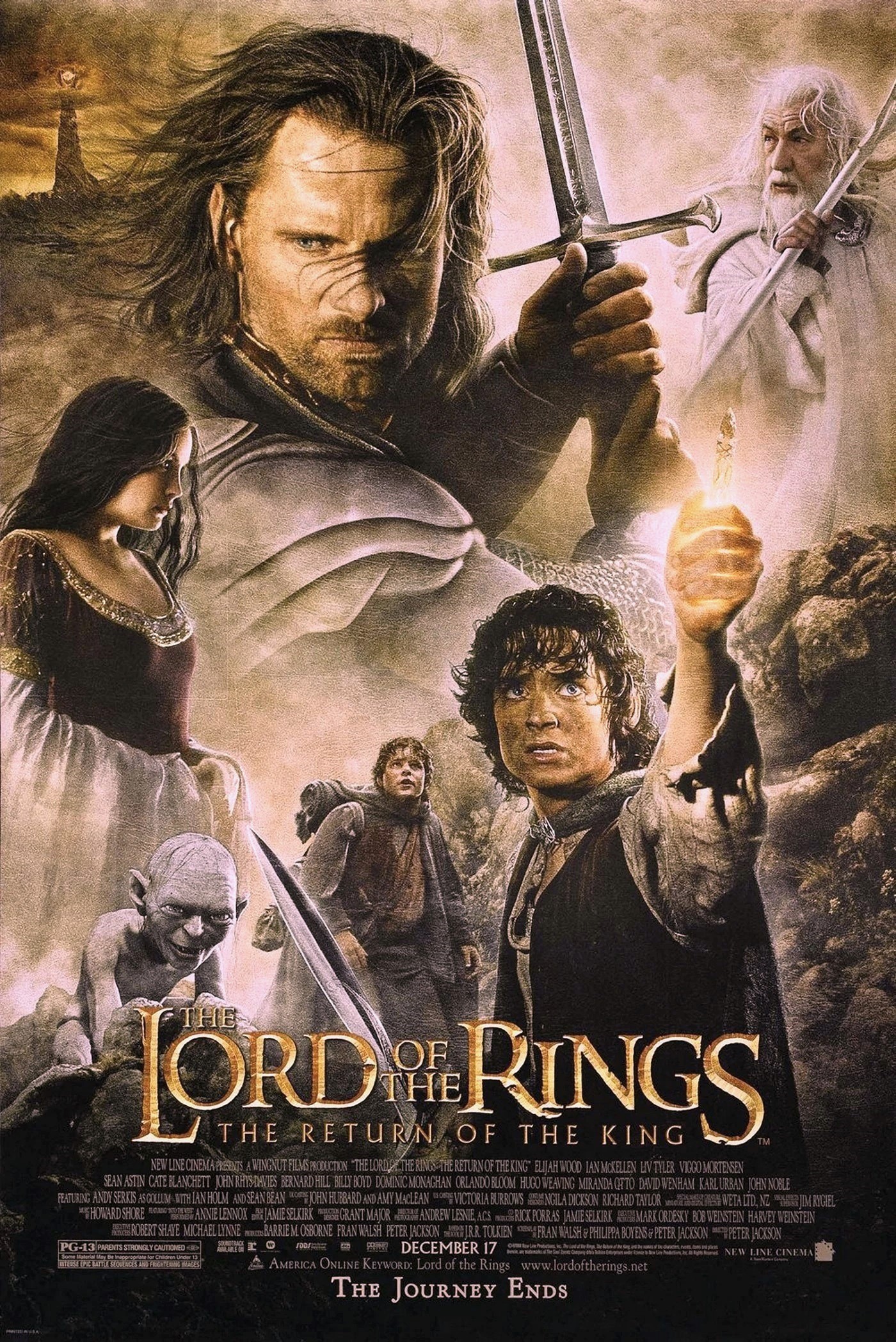 One of the most memorable scenes from The Lord of the Rings: The Return of the King occurs when a series of beacons is lit, signalling to the land of Rohan a request for military aid from the kingdom of Gondor, which is being threatened by the armies of Mordor. The epic vastness of the landscape and Howard Shore’s rousing score together invoke a sense of heroic grandeur and bring to mind the optimistic hope that the forces of good will unite against the powers of darkness.

This key episode in one of the great mythical stories of our age may have been inspired by an equally grand moment in the Oresteia trilogy of Aeschylus: the powerful passage where Clytemnestra describes the series of signal-fires, sent from Troy across the Aegean Sea to Argos, announcing that her husband Agamemnon has successfully sacked Troy[1].

Here is a translation of the Greek passage from the Loeb edition, with some of my own modifications:

Chorus: And what messenger could come here with such speed?

Clytemnestra: Hephaestus, sending forth a bright blaze from Mount Ida, and then, from that courier-fire, beacon sent on beacon all the way here. Ida sent it to Hermes’ crag on Lemnos, and thirdly, from the island, the steep height of Zeus at Athos received the great torch. Then, the mighty travelling torch in all its delight shot up aloft to arch over the sea, and the pinewood, like another sun, conveyed its message in light of golden brilliance to the watch-heights of Macistus.

Nor did Macistus neglect its share of the report, either hesitating or thoughtlessly vanquished by sleep: far over the waters of the Euripus, the beacon-light announced its coming to the watchmen of Messapium. They lit up in response and passed the message further on, kindling with fire a heap of old heather; and the torch, powerful and still not weakened, leapt over the plain of Asopus like the shining moon, came to the crag of Cithaeron, and roused the successor of the messenger-fire.

The watch did not refuse the light sent from afar, but kindled more than they had been ordered; and the light swooped over Gorgopis bay and came to the mountain where goats roam, where it urged the men not to delay in fulfilling the command of fire. Kindling it, they sent it forth in abundant strength, a great beard of flame, blazing its way to leap past the headland overlooking the Saronic narrows.

Then, it swooped down and arrived at the steep heights of Arachnaeum, the watch-point nearest our city. And then, it fell upon this house of the sons of Atreus, this light directly descended from the fire kindled on Ida. These, I tell you, were my orders for the runners of the torch-relay, one after another fulfilled in succession: the first and the last runner were alike victorious! Such, I say to you, is the evidence and the token that my husband has transmitted to me from Troy. (Lines 280-316) 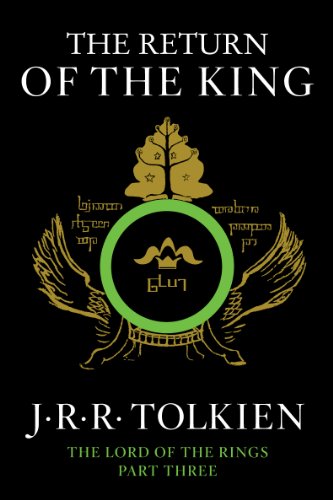 The scene from Peter Jackson’s Return of the King film is based first and foremost on the passage from Tolkien’s book. However, the novel itself, in its first chapter, only presents a short description of the beacons being lit:

A light kindled in the sky, a blaze of yellow fire behind dark barriers. Pippin cowered back, afraid for a moment, wondering into what dreadful country Gandalf was bearing him.

Gandalf then briefly explains the geographical extent of the beacons:

‘On, Shadowfax! We must hasten. Time is short. See! The beacons of Gondor are alight, calling for aid. War is kindled. See, there is the fire on Amon Dîn, and flame on Eilenach; and there they go speeding west: Nardol, Erelas, Min-Rimmon, Calenhad, and the Halifirien on the borders of Rohan.’

This very limited description, which does not approach the poetic stature of the Oresteia, suggests perhaps that Tolkien did not have this ancient play in mind.

In fact, it is Peter Jackson’s expanded version in all its grandeur that comes closer to Clytemnestra’s speech. Could it be brilliant director Peter Jackson–and not renowned scholar and philologist Tolkien–who is calling upon Classical sources for inspiration? It’s an intriguing thought.

Another possible inspiration for the beacons might be the real defensive system of signal fires utilized by the Byzantine (Eastern Roman) Empire. Tolkien based his depiction of the kingdom of Gondor on the Byzantine Empire, and Peter Jackson’s adaptation followed suit. The idea is probably to suggest the remnant of a once great empire that has fallen into decline–unfair to the Byzantines, but a common notion in our popular imagination of the ancient world.

So, it’s possible that this scene from the film draws on not one, but two sources from the ancient world: a literary one, and a historical one.

Differences in Theme and Message

Though the signal-fires of the Oresteia and Lord of the Rings seem similar in their grand scale, they are actually contradictory and opposed, not only in their actual messages, but also what they represent thematically.

For Clytemnestra and the Chorus in Aeschylus’ play, the beacons ostensibly carry the report of good fortune: Agamemnon has successfully destroyed the enemy city of Troy, and he and his army, after ten long years, are finally about to return home.

However, hidden within Clytemnestra’s seemingly hopeful account of the signal-fires bringing good news, there is a dark undercurrent: yes, it is good news for her, but only because–as the ancient Greek audience likely would already know–she is plotting to kill her husband, and his imminent return will give her the chance to have her revenge. Also notice how the flame threateningly and ominously “fell upon this house of the sons of Atreus (Agamemnon’s father),” as if it is a fiery beast bringing the destruction of Troy back to Argos.

In The Return of the King, the beacons do not signal anything fortunate; instead, they are a cry for help in a moment of crisis. They announce that the kingdom of Gondor and its city of Minas Tirith are in danger. They do not report the homeward return of an army or an enemy city’s destruction, but rather, will bring about the mustering of an army to protect an allied city from falling. While they do signal danger, they represent a moment of hope and heroism in the face of evil and darkness, as we see the king of Rohan declare that “Rohan will answer” the call for aid from Gondor.

So, while one set of beacons stands for an ominous threat beneath the facade of good fortune, the other signals imminent danger but offers new, optimistic opportunities for the forces of good to win out.

The Returns of Kings

Interestingly, the Oresteia and the Lord of the Rings each contain a return of a king: Agamemnon’s return from Troy, and Aragorn’s return as king of Gondor. But each of these returns point toward very different trajectories and provide some suggestions as to the thematic meaning of the fires.

In The Return of the King, Aragorn, as the new ruler of Gondor, restores his royal lineage to the throne and redeem his ancestors for their sins and mistakes: it was his ancestor Isildur who failed to destroy the One Ring. This points to the restorative, heroic optimism of The Return of the King, and so, this means that the fires refer to the light standing firm against the darkness.

In the Agamemnon, the first play in the trilogy, king Agamemnon returns home in triumph, only to be cut down, repeating the sins of his family and his ancestors, and precipitating an additional cycle of darkness and bloody vengeance, as his son Orestes decides to kill his mother in the second play, Libation Bearers. This points to the dark, tragic worldview we are caught in during the first two plays of the Oresteia: there is only death, and revenge is the only way forward. The fires, at this early stage, stand for destruction, not good fortune.

It’s only in the final chapter of the trilogy, the Eumenides, that the meaning of fire shifts toward a truly hopeful, optimistic perspective: the formerly hateful spirits of vengeance, the Furies, are welcomed into Athens as honored protectors (“kindly ones”/Eumenides in Greek), under a procession of torches. At this point, the new institutions of democratic law and justice are implemented, to replace the old traditions of vengeance.

Ultimately, fire in both great trilogies stand for a path forward out of the darkness, a light pushing back against forces of evil. This is where the Lord of the Rings and the Oresteia converge thematically.

This site uses Akismet to reduce spam. Learn how your comment data is processed.